As the new year starts, we reflect on the year gone by and look forward to a more equal 2023.

Life with Covid started to feel like the new ‘normal’ to many people across the world. Continued economic problems, rising inflation and cost of living, the war in Ukraine, energy crisis and deepening of climate change will probably be why 2022 will be remembered. The year also saw many push backs for women’s rights:

As upsetting as this news is, there were a few developments which brought hope. In Iran, we saw historic women-led protests across the country. In Afghanistan, we saw men walking out of classes to support women banned from colleges. Even when there is push back, there is always energy to keep making progress.

At Womanity, we firmly believe that to create a more equal and equitable world, we need to support those who are in the communities, who understand the problems and have the solutions as well. In 2022, we launched a new project to prevent violence against women and girls in Cape Verde, West Africa. In India, we supported 8 local non-profit organisations which reached over 25,000 women as part of our women land rights program. While in Afghanistan we tweaked our program after months of inactivity (due to the Taliban taking power) to online training of female students in a computer and technological centre (before higher educations was banned completely).

As part of our mission to improve the current state of women’s and girl’s rights and opportunities to achieve gender equality, we actively challenge the narrative that enable and reinforces systemic gender inequality. Last year, for instance, we co-hosted event at SVRI (Sexual Violence Research Initiative) Forum to discuss equitable partnerships and decolonising development and we wrote an article on decolonising philanthropy. The year also saw a leadership change at Womanity, with Laura Somoggi and Shivani Gupta appointed as co-CEOs. Laura and Shivani are from the existing leadership team, they bring in the knowledge and experience of leading programs within Womanity and are ardent proponents of ‘co-leadership structure’.

While 2023 commenced with news on bans pouring in from Afghanistan, we believe it will also present opportunities to push for greater gender equality. We will continue our journey of building partnerships and collaborations, testing new ideas and learning, as we advance women and girls’ rights. We look forward to your continued support in this journey.

With wishes for a healthy and more just new year, 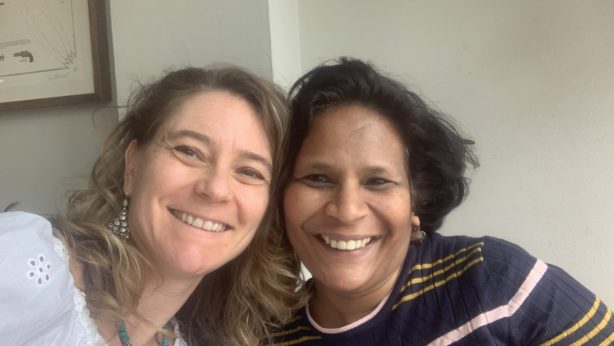 The Womanity Foundation has appointed Laura Somoggi and Shivani Gupta...

How one organisation from Brazil and one from Cape Verde...

This site uses Akismet to reduce spam. Learn how your comment data is processed.