Homepage Uncategorized Womanity President Yann Borgstedt: "I felt that life had given me so much, I had to give back"
Uncategorized

Womanity President Yann Borgstedt has been awarded the 2016 BNP Paribas prize for Individual Philanthropy. Here, he explains the Foundation’s work, how being a champion for women makes business sense, and his innovative approach to philanthropy.

“What happens when you are successful in life? Do you simply enjoy the wealth yourself and all that comes with it? Or do you strive to give something back to society?

After selling my company in 1999 it was clear to me there was more to life than just wanting to earn money, so I knew I must do the latter.
Added to that, I also felt a weight of responsibility from my success: life had given me so much, I had to give something back. But where to begin my philanthropic journey?

The answer came to me on a business trip to Morocco in 2004. There I met Sanna, a young woman who had been sent to work for a family because her parents couldn’t afford to feed and educate both her and her brother. I discovered many young women like Sanna who were forced to work as ‘little maids’, and many were mistreated, beaten, abused.
The penalty simply for being born female.

I couldn’t stop thinking about this gender injustice and started researching what the financial impact of equality would be. The figures were clear. Investing in a girl’s education means every year she attends school she  increases her future earning power up to 25%. When an additional 10% of girls go to school, GDP rises on average by 3%.

I am an entrepreneur and to me success is linked to free choice, collaborations and productivity. If half of society is held back and unable to realize their potential, we are wasting resources, not to mention stalling progress. Not only that, women’s advancement can have a positive ripple effect on their families, communities and nations.
From a business point of view, it made sense to advance women’s empowerment which is why, a year after my trip to Morocco, I founded what was to become the Womanity Foundation.

The foundation runs on business principles – our mission is to empower girls and women to shape their future and accelerate progress within their communities – because it is right and because it makes business sense.  With my entrepreneurial background, I wanted that to be reflected in the way the Foundation managed its programs. And it’s working…

With our team of extraordinary individuals we have developed four strategic pathways for impact. The first is education and vocational training, including making sure Afghan girls have access to quality education. Our work so far has seen 33,000 students in 15 public girls schools across Afghanistan access a quality education. This year, for the first time in Afghanistan, girls in public schools will be taught to code.

The second pathway raises the voice of women and girls through the media. Radio Nisaa is the first women’s run commercial radio station in the Middle East, and it’s expansion platform: the Nisaa Network aims to give women a voice in public life and decision-making. The audience of Radio Nisaa has doubled to over 300,000 from 2013 to 2015 and over one million listeners have tuned in to our Arabic radio fiction series Be 100 Ragl (Worth 100 Men) – a taboo-busting fiction concerned with women’s role in society which sees release as an animation series this year.

Third, Womanity aims to economically empower women and girls. This runs across much of Womanity’s programming, including WomenChangeMakers – a high-impact Fellowship program which is very much like venture capital – we find innovative social entrepreneurs and allow them to scale their programs in Brazil and India. An estimated $1,202,500 of professional expertise has been donated or discounted between 2014-2015 to these entrepreneurs and their organizations.

The fourth pathway relates to helping women and girls secure their safety and wellbeing. This includes investing in the world’s only award dedicated to the harnessing innovation to prevent violence against women: the Womanity Award.

This is presented to two recipients who work in partnership: an Innovation Partner who has developed an already successful approach to the problem of violence against women and a Scale-Up Partner who will adapt and deliver that project in their own location. The partnership lasts for three years.

This year’s winner is Take Back the Tech!, which is focused on creating a violence-free internet and which will now be replicated in Mexico under the auspices of the three-year award. The 2014 winner, Abaad equipped 14 independent organisations to implement, measure and evaluate programs engaging men and boys for gender equality.
I’m incredibly proud of what we’re achieving – the positive impact we have directly created as a team for hundreds of thousands of women and girls and their communities.

I’m also hugely grateful and honoured to be awarded this prestigious prize by BNP Paribas. However this award isn’t about me. There can be a lot of ego in philanthropy, which is why I want to use this opportunity to focus on meaningful programs, the people we help, and the Womanity team.
Together, we are trying to create a better, fairer world because it is right and it is good for business. Together, we are trying to use innovation and an entrepreneurial spirit in the philanthropy sector.

I am guided by a vision of a world where all women and men have equal and full social, economic and political participation. That is my motivation and that of my team… and we won’t stop until we will get there, because there is no other option for the successful progression of humanity. 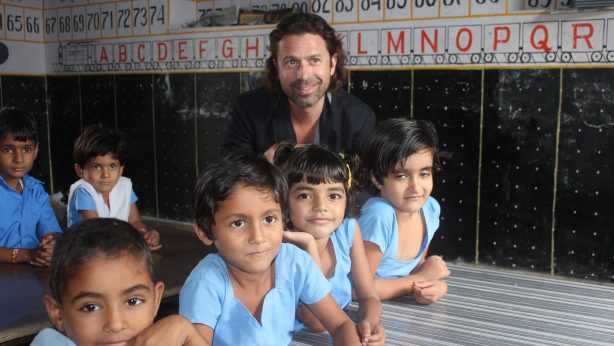 Yann Borgstedt - A philanthropist in a Woman’s World

A philanthropist in a Woman’s World The content of this... 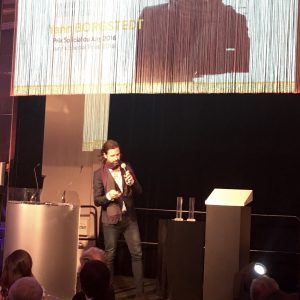