The “Fla Sim pa Mudjer (Say Yes to Women, in English): Women together in the prevention of violence in Cape Verde” project in Cape Verde, Africa, was officially launched on 20 May 2022. The initiative, which won Womanity Foundation’s fourth Womanity Award, is the first step in a three-year international partnership between Themis Gender Justice and Human Rights (Brazil) and Associação Cabo-Verdiana de Luta contra a Violência Baseada no Género, – ACLCVBG (Cape Verde) to encourage legal empowerment for women and prevent violence against women and girls in the country.

The launch ceremony took place in the Cidade Velha (Old Town) Cultural Centre in Ribeira Grande de Santiago and was attended by local authority figures such as Joana Rosa, Cape Verde’s Minister of Justice. The Minister highlighted the importance of the initiative in counteracting “the deficit in terms of equal opportunities, particularly in relation to the participation of women in decision-making bodies, employment and other social areas.”

According to the Womanity Award Program Director, Laura Somoggi, the project’s launch in Cape Verde was very positively received. “Many of the key players in the Legal Empowerment Program have already shown their commitment, including the Minister of Justice. This is a very promising start to the partnership between Themis and ACLCVBG”, said Laura.

Executive Director of Themis, Márcia Soares knows that adapting the method for use in a new country can be challenging. “But we are absolutely convinced that it will create numerous opportunities. This is a joint construction project, drawing on our almost 30 years’ experience to set up the Grassroots Legal Assistance Program, a tool in helping create local ways of combatting domestic and family violence,” Márcia pointed out. She also explained that before it came to Africa, the project had already been adapted by 55 groups in 11 states in Brazil.

The partnership between Themis and ACLCVBG will allow the two organisations to combine their knowledge and experience, acting together to increase awareness of women’s rights and access to justice for women. Fla Sim pa Mudjer, which means “Say Yes for Women” in Creole, focusses on the prevention of domestic violence and its intersections with gender, race and class. Community activism by legally empowered women will help end gender inequality, prevent violence and promote the rights of women and girls in communities. 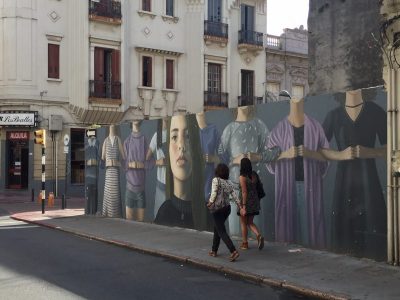 "We find organisations that have implemented innovative projects that tackle...