Yann Borgstedt – A philanthropist in a Woman’s World

Yann Borgstedt – A philanthropist in a Woman’s World

A philanthropist in a Woman’s World

The content of this story is based on an interview with successful entrepreneur turned philanthropist Yann Borgstedt, Founder and President of The Womanity Foundation, by Safeena Husain, Founder and Director of one of the Foundation’s most successful beneficiaries, Educate Girls

Following the successful sale of his first venture, in 2005 Swiss entrepreneur Yann Borgstedt embarked on a mission to tackle inequalities in the developing world. His motivation was clear. Having been fortunate enough to set up and sell a successful business, Yann held the strong view that acquiring wealth for the sake of it was neither a sufficient nor fulfilling end. Yann wanted to use his money in a way which would enable as many people as possible to have the same opportunities as him.

After rigorous research, Yann accumulated evidence that investing in girls’ education, as well as vocational training and employment for women, has positive ripple effects on societies across the globe. From this base, he established the Womanity Foundation, with the core mission to empower girls and women in developing countries to shape their future and accelerate progress within their communities. Some of Womanity’s notable achievements to date include the successful support to over 33,000 girls (and boys) in Afghanistan, and bringing messages of women’s empowerment to hundreds of thousands of radio listeners across the Middle East.

The Foundation’s principles
Yann Borgstedt takes pride in shaping his philanthropic efforts on entrepreneurial principles, advocating the analogy “if you looked at your society through the lens of a balance sheet and half of it (women) was not operating effectively, you cannot expect it to be successful”. But such an ambitious goal is easier said than done, so what for Yann is key to optimising women’s active participation to society?
Borgstedt makes it clear that “if you do not engage men in the debate, you lose (at least) half the battle”. He believes if you cannot get men to change their perspectives of how they look at women, you are doomed to fail. Therefore, making men realise that the empowerment of women is universally beneficial, and not a loss or a threat, is the key to success: it allows for men and women to be equal partners, with a shared ambition to improve their societies.

Success stories
Womanity implements and supports a number of diverse initiatives world-wide. One of the most successful collaborations has been for my own initiative, “Educate Girls”. Since 2007, the project has sought to holistically tackle gender inequality in India. Through the support of Womanity’s WomenChangeMakers’ Fellowship, and a number of other partners, the initiative has spread from a 500-school pilot project in the Pali district of Rajasthan, to serving 11,000+ schools across 4,500+ villages in some of India’s poorest and remotest communities. Our vision is to improve access to and quality of education for 4 million children and 30,000 schools by 2018.
The secret to the collaboration’s success was twofold. One aspect was to ensure that the correct people ran the programme. But of even greater importance was to leverage each other’s strengths in such a manner that would mobilise greater resources and high-level contributions, to scale up Educate Girls’ original model. This combination of the right human capital and a value-added vision, has resulted in strong backing for the programme by the Indian Government and large funders.

The future of The Womanity Foundation
After a successful first decade in charge of Womanity, Yann Borgstedt’s ambition for the coming ten years is clear; through application of entrepreneurial values and a people-focused philanthropic approach, he is working to not only bring about positive and sustainable change to the lives of millions of women and girls, but to do this with a motivation to strengthen societies as a whole.

You can find the original article on the Philanthropy Impact website 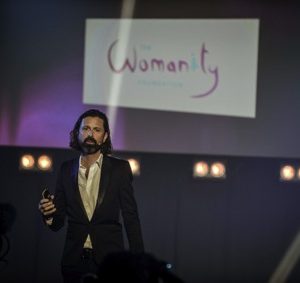